BP hit with record US fine for safety violations 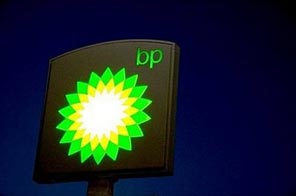 CHICAGO: British oil giant BP has been hit with a record US fine of 87 million dollars for safety violations at a Texas refinery where 15 people were killed in a 2005 explosion, officials said Friday.

"This administration will not tolerate disregard for lives," Solis said, after inspectors found 270 cases in which BP failed to comply with agreed changes to its safety systems.

They also found 439 new safety violations which "if unaddressed could lead to another catastrophe," Solis said in a conference call with reporters.

Many of those new violations were related to the pressure release system at the root of the massive blast in 2005 that also injured 170 people.

BP said in a statement that the majority of the citations "relate to a previously announced disagreement" as to whether it is in compliance with safety regulations.

"BP continues to believe we are in full compliance and the company will formally contest these citations," the company said.

"While we strongly disagree with their conclusions, we will continue to work with the agency to resolve our differences."

The BP Texas City Refinery is the third largest refinery in the United States with a capacity of 475,000 barrels of crude per day. It is located on a 1,200-acre facility in Texas City, southeast of Houston in Galveston County.

BP said it took responsibility for its employees "extremely seriously and we believe our efforts to improve process safety performance have been among the most strenuous and comprehensive that the refining industry has ever seen.

"We remain committed to further enhancing our safety and compliance systems and achieving our goal of becoming an industry leader in process safety," the company statement said.

However, officials at the US federal safety watchdog, the Occupational Safety and Health Administration, damned BP for failing to take sufficient actions to fix the problems at the refinery.

"There were some serious, systemic safety problems within the corporation and specifically within this refinery," said acting assistant secretary of labor for OSHA Jordan Barab.

"Just the fact that there are so many still outstanding problems, life-threatening problems, at this plant, indicates that they still have a systemic safety problem."

#BP hit with record US fine for safety violations
You May Also like: