Kathmandu, January 9 The Cabinet meeting on Monday formed a high-level committee to resolve the payment dispute related to the dedicated feeder and trunk line between industrialists and Nepal Electricity Authority (NEA) and has asked it to recommend a solution within 15 days. The meeting formed a committee led by secretary of the Ministry of Energy, Water Resources and Irrigation (MoEWRI) and comprising secretary of Ministry of Industry, Commerce and Supplies, secretary of Ministry of Finance, managing director of NEA and also the joint secretary of MoEWRI as member secretary. The issue has dragged on for almost a year and has also been taken to the court and parliamentary committee. On July 21, the Public Accounts Committee (PAC) under the Federal Parliament had constituted a sub-committee to look into the issue of collecting dues from concerned industries for the use of dedicated feeder and trunk line services of NEA. The sub-panel had been assigned the responsibility to prepare a detailed report on the matter and submit it to the committee along with suggestions within a month. However, sub-committee is yet to finalise its investigation report. 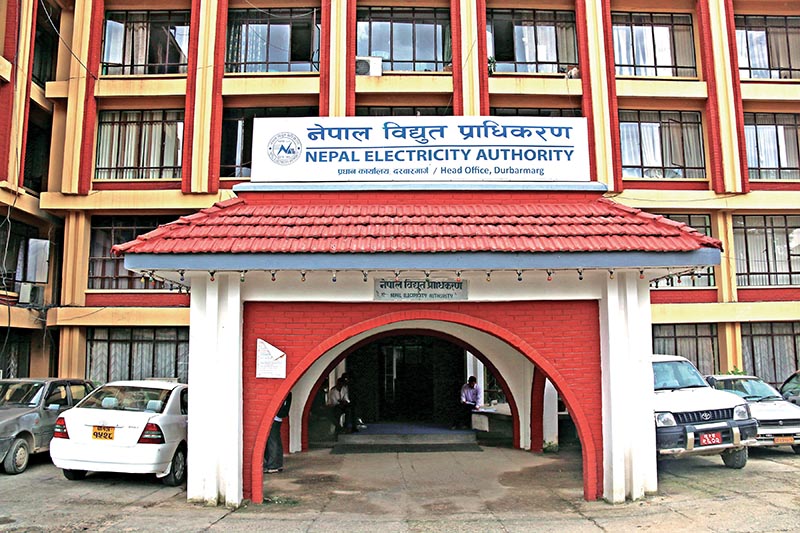 File Photos: THT
NEA, on May 6, had announced that industries being supplied electricity through the dedicated trunk line would be charged an extra 65 per cent fee for the electricity consumed. Immediately after the announcement, industrialists had also declared that they would not pay the additional fees. While the industrialists had also knocked the doors of high courts in Patan and Butwal, both the high courts had decided in favour of NEA. On May 10 last year, NEA had forwarded a letter to more than 250 factories that have been availing additional electricity through the trunk line asking them to pay an amount of Rs five billion for the energy consumed by those industries since fiscal 2016-17. Of the total outstanding amount of around Rs 10 billion up to fiscal 2018-19, industrialists had paid Rs five billion to the power utility. As the factories have refused to pay the remaining Rs five billion, NEA has threatened to slap a penalty on the principal amount — which would further hike the dues of the industrial users. Bharat Kumar Sah, chairman of PAC, said the sub-committee will soon submit the report to the full committee. “With the recent Cabinet decision to form another committee to look into the issue there may be mismatch in the facts prepared by the two separate bodies.” He also informed that the energy ministry has just provided related materials regarding the dispute. “So, it will take a few more days for the sub-committee constituted by PAC to complete its investigation.”
#Nepal Electricity Authority #Cabinet #electricity payment dispute
You May Also like: