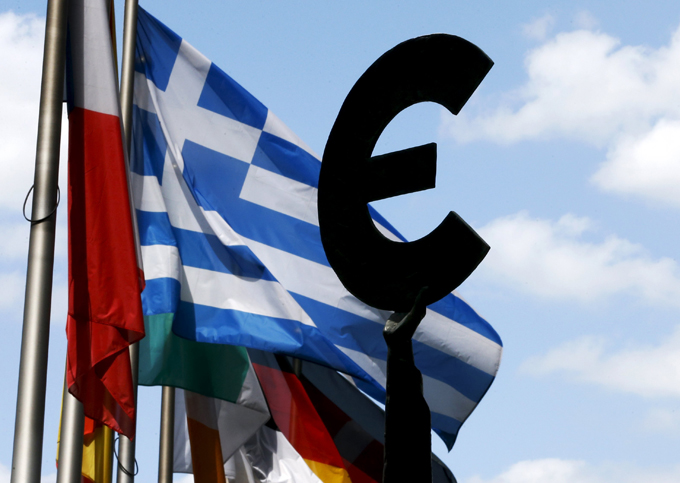 A Greek flag flies behind a statue depicting the European unity outside the European Parliament ahead of a euro zone leaders summit on Greece in Brussels, Belgium, July 6, 2015. REUTERS/Francois Lenoir

LONDON: European shares steadied on Tuesday after slipping in the previous session, with investors focussed on crunch talks over the Greek debt crisis at a euro zone summit later in the day.

The euro zone blue-chip Euro STOXX 50 and the pan-European FTSEurofirst 300 rose 0.2 percent, having dropped 2.2 percent and 1.1 percent respectively on Monday.

The falls came after Greece rejected austerity terms for a financial lifeline in a referendum on Sunday, though traders said the drop was relatively contained.

France and Germany told Greece on Monday to come up with serious proposals in order to restart financial aid talks and the European Central Bank decided to keep a tight grip on funding to Greek banks, raising the pressure on Greek Prime Minister Alexis Tsipras before Tuesday's summit.

In early deals, SAP and Evonik both rose 2.4 percent, the top risers on the FTSEurofirst 300, after UBS lifted its target price for both stocks.