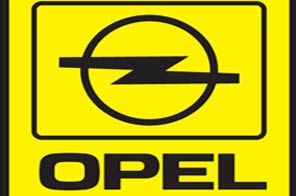 BERLIN: The German government has rejected European concerns over its role in the sale of carmaker Opel to a consortium led by Magna, saying they were based on misunderstandings that could be cleared up.

Germany's economy minister Karl-Theodor zu Guttenberg said Saturday that he did not see any reason to reopen negotiations over the decision for the Magna consortium to buy a majority stake in Ruesselsheim, Germany-based Adam Opel GmbH, and expressed belief the European Commission concerns could be addressed.

"We will give them the necessary answers," Guttenberg told reporters.

GM is expected to sell a majority of Opel to Canadian auto parts maker Magna International and Russian lender Sberbank — a consortium heavily favored by Berlin — under a deal announced in September.

Germany offered aid worth euro4.5 billion ($6.7 billion) to support the deal, and hopes other European countries that have Opel plants will contribute to financing that.

European Union Competition Commissioner Neelie Kroes has expressed concern over what she said were "significant indications" that German government aid was set as a precondition that Magna, in consortium with Russia's Sberbank, win the bid.

The Brussels-based investment firm RHJ International lost the bid to Magna-Sberbank, which is to take a 55-percent stake in Opel, with GM keeping 35 percent and 10 percent going to employees next week.

Opel and sister brand Vauxhall employ some 49,000 people in Europe — about half of them in Germany — and have plants in countries including Spain, Poland and Britain.

#Germany confident of Opel deal
You May Also like: