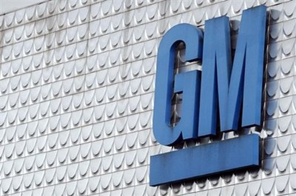 General Motors heads into a critical bankruptcy hearing where it will seek permission to sell off most of its assets to a new company unburdened by old debts and supported by massive government loans. Source: AFP

NEW YORK: General Motors heads into a critical bankruptcy hearing where it will seek permission to sell off most of its assets to a new company unburdened by old debts and supported by massive government loans.
The largest US automaker insists the creation of "New GM" is the only way to save itself from liquidation and has vowed to emerge as a stronger, leaner and more focused company.
"Time is of the essence and, in fact, the need for speed has intensified," GM wrote in an omnibus reply to objections submitted to the New York court on Monday.
"Prompt approval of the 363 Transaction is the only means to preserve and maximize enterprise value and provide a real and genuine opportunity for GM's business to survive and thrive as an economically viable entity," the automaker argued.
"The only other alternative is prompt liquidation and the systemic failure and dire consequences that will inevitably unfold."
Judge Robert Gerber has so far ruled in GM's favor on every motion placed before the court since the beleaguered automaker sought bankruptcy protection on June 1 and Chrysler's swift emergence from bankruptcy set a precedent for a speedy process.
"We hope to launch the new company as soon as possible after the sale is approved," said GM spokeswoman Julie Gibson, who declined to speculate on a timeframe.
While some 850 objections have been filed against the asset sale, the only significant remaining objection comes from a host of dealers the Detroit giant plans to eliminate from its network.
GM is expected to reach a deal with the bulk of the dealers and the remaining objections will probably be dismissed by the judge, said John Pottow, who specializes in bankruptcy law at the University of Michigan Law School.
"The hearing won't take more than a day or two," Pottow speculated.
"Then, the judge will decide whether selling the assets (to a new company) is in the best interest of creditors and he's going to say yes."
Once the judge approves the asset sale, it will take several days or possibly a few weeks to be completed, Pottow told AFP.
The company was able to move through the process swiftly because it spent months preparing for the bankruptcy process and reaching agreements with its main union and most of its creditors.
But the aid and influence of President Barack Obama's administration cannot be underestimated, Pottow said.
"It's amazing what you can do when you have a government funded and staffed task force," he added.
GM gained approval on Thursday to tap into the second half of 30 billion dollars in government financing, keeping the rapid restructuring plan on track.
The funds, from the US and Canadian governments, will allow the biggest US automaker to pay its employees and suppliers and other expenses under the exit plan.
The US government would own 60.8 percent of the capital for its contribution under the plan and Canada would have 11.7 percent, while a United Auto Workers trust fund would hold 17.5 percent.
Creditors holding GM bonds would swap 27.1 billion dollars in debt for a 10-percent stake and warrants allowing them to buy an additional 15-percent stake.
Officials said the Obama administration has no intention of nationalizing General Motors over the long term and will not be participating in its day-to-day operations.
With a good product portfolio and solid new offerings in the pipeline, the new GM stands a strong chance of success, said Jeremy Anwyl, president of automotive research group Edmunds.com.
"They really have the opportunity to reinvent themselves and create a new model for how a car goes to market," Anwyl said in a telephone interview.
The challenge will be whether GM is able to change its corporate culture to take advantage of its leaner, more focused and potentially more profitable structure.
"It's about getting people to think differently... which is very tricky and intangible," Anwyl said.
"It's going to be all about people at the end of this."

#GM heads into critical bankruptcy hearing
You May Also like: