Gold steady ahead of US non-farm payrolls report 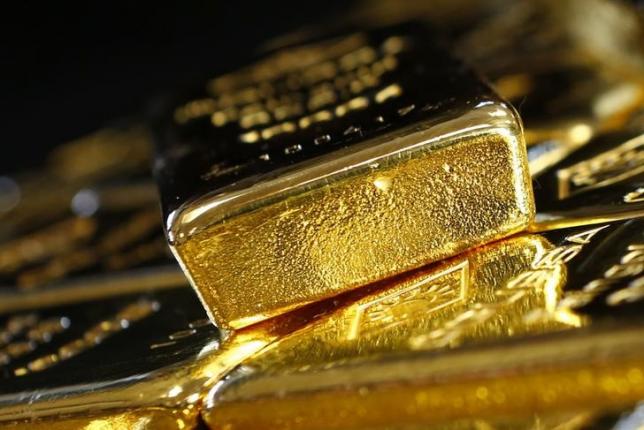 Gold bars are seen at the Austrian Gold and Silver Separating Plant 'Oegussa' in Vienna, Austria, March 18, 2016. REUTERS
Gold was little changed in Asian trade early on Friday as investors awaited US jobs data, due later in the day, and the precious metal remained on course for a second straight weekly gain. FUNDAMENTALS * Spot gold was flat at $1,360.60 an ounce by 0050 GMT. Bullion ended up 0.2 percent at $1,360.80 on Thursday and has risen 0.7 percent so far this week. * US gold was nearly unchanged at $1,366.90 an ounce. * Economists polled by Reuters are looking for US non-farm employment to have risen by 180,000 in July, while the unemployment rate is forecast to edge down to 4.8 percent from June's 4.9 percent. The official payrolls numbers are due at 1230 GMT Friday. * The number of Americans filing for unemployment benefits unexpectedly rose last week, while renewed job cuts in the energy sector boosted layoffs announced by US-based employers in July. * The Bank of England cut interest rates to next to nothing on Thursday and unleashed billions of pounds of stimulus to cushion the economic shock from Britain's vote to leave the European Union. * The global economic outlook has become more uncertain after Britain's "Brexit" vote, the European Central Bank said on Thursday, reaffirming its readiness to act if needed to support euro zone inflation. * Skittish global investors may be reassured by fairly steady growth expected in a flurry of Chinese data in coming weeks, but tepid demand, slowing investment and rising debt levels remain pressing concerns for the world's second-largest economy. * Holdings of SPDR Gold Trust, the world's largest gold-backed exchange-traded fund, rose 0.37 percent to 973.21 tonnes on Thursday. * Randgold Resources Ltd could hike its dividend payout by the end of the year, it said on Thursday, as strong gold prices improve its cash position, although second-quarter profit was flat after its gold output fell short of forecasts. * For the top stories on metals and other news, click [TOP/MTL] or [GOL] MARKET REPORT Asian stocks edged up on Friday, taking early cues from an overnight rise in global equities that took place after Bank of England eased monetary policy.
#United States #gold
You May Also like: