Kathmandu, June 21 Severe criticisms lobbed at lawmakers for altering some of the crucial provisions in the Bank and Financial Institution (BAFI) Bill has prompted the House of Representatives to send the legal framework back to the Parliamentary Committee on Finance for further review. 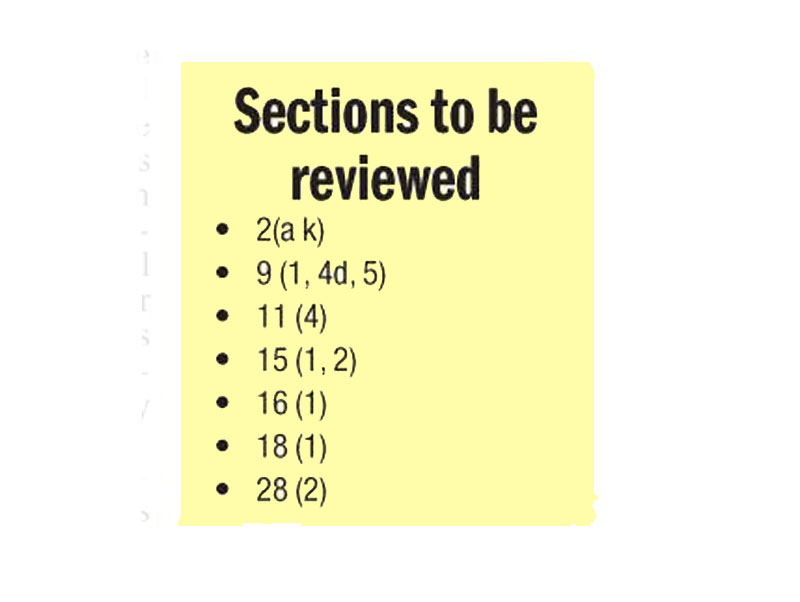 Parliament today returned the bill back to the committee based on a request made by Finance Minister Bishnu Prasad Paudel. The committee will now revise amendments made to seven different sections of the bill and their sub-sections, as per the instruction issued by Parliament. “This is a welcome step, as these (seven) sections and their sub-sections cover all the controversial issues that need amendment. The move has indicated attempts to further strengthen the financial sector, which had shown signs of derailing have come back on track. We can now hope the bill to be even more comprehensive,” former deputy governor of Nepal Rastra Bank (NRB) Maha Prasad Adhikari, who was one of the authors of the first draft of the bill, told The Himalayan Times. The BAFI Bill, once signed into law, will work as a legal framework to monitor, regulate and supervise operations of banks and financial institutions (BFIs). This is the reason why the bill must contain appropriate provisions to strengthen governance and prevent conflicts of interest at BFIs. If the bill fails to serve these purposes, it will destabilise the entire banking sector and hit financial sector stability. Such a situation would put billions of rupees parked by depositors at BFIs at stake and hurt other sectors of the economy as well. That’s why experts of the financial sector had previously asked lawmakers to practice caution while reviewing the provisions of the bill. But once the draft bill reached the Parliamentary Committee on Finance — which also includes a commercial bank chairman as member — worst fears of experts came true. The lawmakers dealt the first blow to proponents of good corporate governance by removing the provision on two-term service tenure for BFI chairpersons, allowing them to serve the institutions throughout their lives. They also prolonged the term of chairpersons and CEOs of BFIs from four years to five years. These provisions, experts said, would hit governance of BFIs and stifle innovation because of presence of the same person in the same post for a prolonged period. “Since these provisions are now being revisited, it would be prudent if lawmakers could also revise the provision that has allowed board directors to remain in their posts for as long they want,” Adhikari said. Among others, revision has also been sought to the provision that has enabled BFIs to convert all promoter shares into ordinary shares after seven years of operation. “Earlier, when NRB prepared the draft of the bill, no provision on conversion of promoter shares into ordinary shares was incorporated,” Adhikari said. Later, the Ministry of Finance, which sends bills related to NRB to Parliament, added the provision, enabling BFIs that have completed 10 years of operation to convert all promoter shares into ordinary shares. This lock-in period of 10 years was reduced to seven years by lawmakers of finance committee. “Proposal to limit lock-in period at 10 years is reasonable, otherwise people will just start opening BFIs to make quick profits,” former NRB governor Bijaya Nath Bhattarai had said a few days ago.