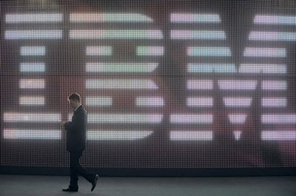 SAN FRANCISCO: IBM on Monday will begin offering businesses a basic "cloud computing" email service at a price that undercuts a plusher offering by Internet giant Google.
IBM unabashedly pitched its new LotusLive iNotes as an alternative to email service Google has been promoting as part of a campaign to win businesses over to using applications hosted as services on the Internet.
"Email and other collaboration services are the right entry point for many companies to realize the promise of cloud computing," said IBM Lotus Software general manager Bob Picciano.
"But, only if clients feel confident they're getting business-grade service from a trusted leader in enterprise services."
Software provided online as a service instead of being purchased and installed on home or office computers has been a growing trend accelerated by tough economic times because it is cheaper to "rent" than to buy software.
Google has been enticing users to a suite of online applications offered as services, many of which compete with text, email, accounting and other software sold by Microsoft.
The California-based Internet titan stumbled last month when its web-based email went offline for a couple of hours.
IBM, based in New York State, is playing up its reputation as a business technology veteran and launching iNotes with "aggressive" pricing of three dollars per employee per month.
Google charges businesses slightly more than four dollars per user per month for an email service with far more memory capacity than iNotes and added features like word processing and video.
The iNotes cloud service allows "overburdened IT departments" to take advantage of "IBM's leadership in enterprise collaboration," according to the firm.
The cloud-based service for email, calendar and contact management will be launched on Monday, according to IBM.

#IBM email challenges Google in the 'cloud'
You May Also like: