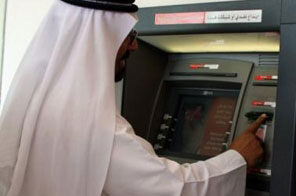 KUWAIT CITY: Kuwait, one of four Gulf states to sign a pact to launch a monetary union and single currency, on Sunday called for a delay in the 2010 launch date, citing incomplete preparations.
"The ministry of finance calls for revising the target date for launching the Gulf single currency until all committees and concerned parties have completed technical issues," the ministry said in a statement cited by the KUNA news agency.
The ministry, however, still expressed the support of the state of Kuwait for the project.
Kuwait, Saudi Arabia, Qatar and Bahrain in June signed an accord to create a joint monetary union council, a prelude to establishing a Gulf central bank and launching a monetary union and single currency.
The remaining two members of the Gulf Cooperation Council (GCC), the United Arab Emirates (UAE) and Oman, did not sign after deciding to withdraw from the project.
The UAE was upset at the selection of the Saudi capital Riyadh to host the future GCC central bank, while Oman withdrew from the monetary union saying it was not ready to meet the preconditions.
Kuwait is due to host the forthcoming GCC annual summit in December which is expected to take a decision on the single currency.
The GCC states have set 2010 as the target to launch the monetary union and single currency, but many experts believe that target is too ambitious and unrealistic.

#Kuwait calls for delay in Gulf currency launch
You May Also like: