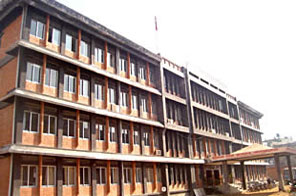 KATHMANDU: Ministry of Information and Communication (MoIC) is planning to introduce clean feed in transmission of foreign television channels in Nepal. Clean feed is the transmission of broadcast content without advertisement.

advertisements in Nepal,” he said. Around 60 pay channels are aired in Nepal by cable

operators and the popular ones are: Star, Sony, Zee, Set

“After the enforcement of clean feed policy they should have additional feeder for Nepal,” he said. South Asian nations like Pakistan, Sri Lanka, Bhutan and Bangladesh have adopted clean feed policy for foreign broadcasters. Australia has adopted voluntary clean feed policy and generated Australian $48 million revenue from local advertisements.

Clean feed is a tool to stop foreign influence also. “We need this to preserve our culture and language,” said Prabal Raj Pokhrel, professor of journalism at Tribhuvan University. “It will eliminate dubbing Hindi language advertisements in Nepali,” he said adding most of such advertisements looks ridiculous and lack lingual sweetness.

Though MoIC has finalized the regulation regarding clean feed, it has not presented in the cabinet yet. “We will send it to the cabinet soon,” MoIC secretary Nepal said.

#MoIC to introduce clean feed in foreign channels
You May Also like: