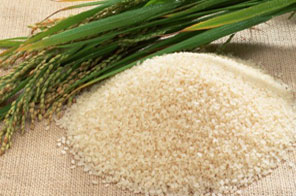 KATHMANDU: Nepal Food Corporation (NFC) has assured that the country — inclusive of even the remotest areas — will not be have to face a shortage of paddy products despite the drought or any other obstacle that people may be facing.
NFC currently has 190,000 quintals of rice as reserve and is looking in to bring in another 200,000 quintals by importing rice from Japan and India.
"We are not really facing a deficit in rice stocks but the demand is increasing due to many areas that are suffering from drought as well as places which are inaccessible due to the condition of roads," said NFC general manager Hari Narayan Shah.
According to Shah, a Food Security Monitoring taskforce has been set up by the ministry under the supervision of Dr Ram Dev Singh as an assurance to check that the food security of the country does not fall short and that there is no negligence in the distribution of food nationwide.
"There are a few zones that we have not been able to reach due to road conditions. Also, the weather has not been allowing the use of helicopters.
Otherwise, food products have and are being delivered on time and in good supply," Shah said.
He said the demand quotient has reached more than 300,000 quintals which will be catered to by the end of a month.
"The budget allocated to produce is Rs 350 million while to meet demand and supply we require about Rs 900 million which we have already sought from the Ministry of Finance." said Shah.

#NFC vows to ensure no food insecurity
You May Also like: