Number of failed US banks exceeds 100 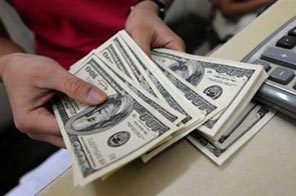 The number of failed regional US banks exceeded 100, after authorities announced the collapse of seven more financial institutions around the country. Source: AFP

WASHINGTON: The number of failed regional US banks exceeded 100, after authorities announced the collapse of seven morefinancial institutions around the country.
A total of 106 regional banks failed in the United States this year, a figure not seen since 1992.
Partners Bank of Naples, Florida, which had capital of 65.5 million dollars, became the 100th bank shut down in the country since the beginning of the year, the Federal Deposit Insurance Corporationannounced.
It was closed Friday by the Office of Thrift Supervision, which appointed the FDIC as receiver.
The other collapsed bank, whose closure was announced Friday, include Flagship National Bank of Florida,American United Bank of Georgia, Riverview Community Bank of Minnesota, Bank of Elmwood of Wisconsin and Dupage Bank of Illinois.

#Number of failed US banks exceeds 100
You May Also like: