Oil prices drop on rise in US drilling 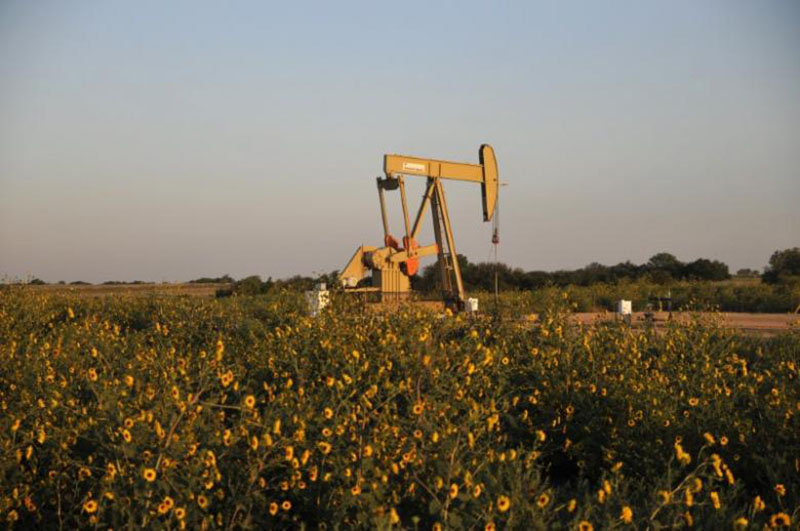 Traders said that prices came under pressure from rising US drilling and ongoing high supplies by the Organization of the Petroleum Exporting Countries (OPEC) despite its pledge to cut output by almost 1.8 million barrels per day (bpd) together with some other producers like Russia.

"There is good, strong momentum to the downside," futures brokerage CMC Markets said in a note on Monday.

US drillers added 14 oil rigs in the week to March 17, bringing the total count up to 631, the most since September 2015, energy services firm Baker Hughes Inc said on Friday, extending a recovery that is expected to boost shale production by the most in six-months in April.

As a result, US oil output has risen to over 9.1 million bpd from below 8.5 million bpd in June last year.

Reacting to the ongoing glut in markets, financial oil traders cut their net long US crude futures and options positions in the week to March 14, the third consecutive cut, the US Commodity Futures Trading Commission (CFTC) said on Friday.

"This unwinding of position is both a cause and reflection of the big fall in crude oil prices when the cracks in the OPEC/non-OPEC deal emerged and when it seems like it became evident shale oil is back and the new swing player," said Greg McKenna, chief market strategist at brokerage AxiTrader.

Defying rising sentiment that oil markets remain oversupplied, some analysts say markets will tighten soon, arguing that the OPEC-led cuts will only start to bite from April, just as demand picks up as refineries return from current maintenance outages.

"The cuts in OPEC production from the start of 2017 should start to show up between mid-March (now) and mid-April. Over the coming weeks we expect a sharp reduction in imports and increase in refining runs which should lead to impressive crude inventory draws," analysts at AB Bernstein said on Monday in a note to clients.

"The combination of falling imports and stronger crude runs should lead to substantial inventory cuts over the coming months," they said.

#Oil prices #OPEC #Organization of the Petroleum Exporting Countries #US West Texas Intermediate #US drilling #Commodity Futures Trading Commission
You May Also like: