Oil rises to near $82 on stocks, cold weather 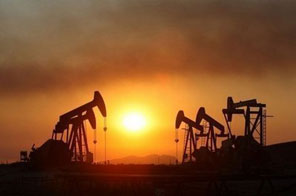 World oil prices, which have soared more than 70% this year on global economic recovery signs, have risen as solid US demand underpins the market on the last trading day of 2009. Source: AFP

SINGAPORE: Oil rose to near $82 a barrel Tuesday in Asia after a jump in U.S. stock markets boosted investor confidence and helped extend a four-week rally in crude prices.

Benchmark crude for February delivery was up 31 cents to $81.81 a barrel at midday Singapore time in electronic trading on the New York Mercantile Exchange. The contract climbed $2.15 to settle at $81.51 on Monday.

Oil traders often look to stock markets as a measure of overall investor sentiment, and equities rose in the first trading day of 2010 as investors eyed signs of improvement in U.S. and Chinese manufacturing.

Crude prices also rose due to colder weather in the U.S., which traders expect will spur higher demand for oil products such as heating oil.

"Should the stock market maintain its upward momentum amid a further weakening of the dollar, it appears that the oil complex should be well equipped to advance further," Galena, Illinois-based Ritterbusch and Associates said in a report.

Oil has surged about 15 percent since mid-December.

In London, Brent crude for February delivery rose 36 cents to $80.48 a barrel on the ICE Futures exchange.

#Oil rises to near $82 on stocks #cold weather
You May Also like: