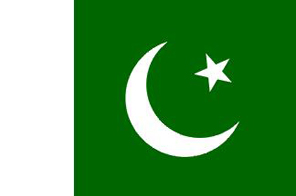 KARACHI: Pakistan's battered economy is showing some signs of improvement with GDP growth expected to rise, a state bank report said Tuesday, but it warned that the battle against militants remained costly.

Inflation, the global recession, a crippling power shortage and a wave of Islamist violence have all taken their toll on Pakistan, with economic growth last fiscal year -- which ended June 30 -- the lowest since 1997-98.

"The prospects of returning to macroeconomic stability have improved this fiscal year as most of the key indicators continue positive trends that began in the closing months of the last fiscal year," the quarterly report said.

"Real GDP growth will likely to be around the annual target of (between) 2.5 percent and 3.5 percent, higher than last fiscal year's 2.0 percent," it said.

The state bank report said that inflation will likely average between 10 and 12 percent this year, down from 2008-09 when average inflation was 20.8 percent. Inflation hit a 30-year high in September 2008.

The current account deficit is targeted to be between 3.7 percent and 4.7 percent of GDP, the report said, compared with 5.3 percent last year.

But the report warned that increasing bombings by Islamist fighters and the multiple offensives launched last year by the military to try and quash Taliban strongholds in the northwest would continue to take a financial toll.

"Given exceptional circumstances arising from the stepped-up campaign against militants, these targets may not be achieved due to huge expenditures on defence and the rehabilitation of internally displaced people," it said.

"The indirect cost of war entails weaker growth in tax collections, as industrial and trade activities -- which are the main contributors to fiscal revenue -- remain dull due to security uncertainties," it said.

#Pakistan economy expected to grow despite militancy
You May Also like: