Prices of petroleum products not revised 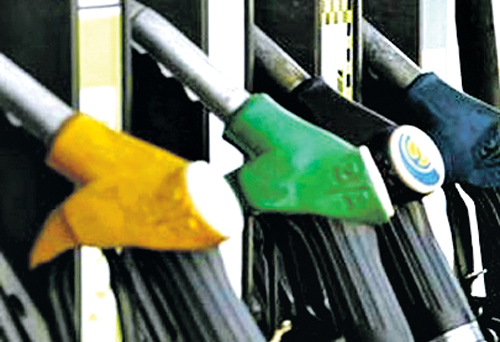 KATHMANDU, July 18 Despite the reduction in the import bill of petroleum products, Nepal Oil Corporation (NOC) has said that fuel prices will not be revised this fortnight (July 16 to 31) either. NOC — the state owned petroleum supply monopoly — has reasoned that they are keeping the rates constant since they did not revise the prices after the devastating earthquake when the import bill had increased in the month of May. Import price of petrol and diesel has dropped by Rs 1.53 and Rs 1.21 per litre, respectively, compared to the price of July 1 to 15. This, in turn, will jack up the monthly profit of NOC to Rs 640 million from its earlier estimate of Rs 623 million, according to Mukunda Ghimire, spokesperson for NOC. As per the new price update of Indian Oil Corporation, NOC will generate a profit of Rs 11.65 on the sale of each litre of petrol and Rs 5.25 on the sale of each litre of diesel. The fortnightly consumption of petrol and diesel stands at 10,000 kilolitres and 37,500 kilolitres, respectively. Likewise, though its loan burden has been reduced heavily from Rs 35.36 billion to Rs 23.88 billion, NOC has been adding the similar surcharge in fuel price for interest payment of its lenders. NOC charges an additional four rupees on the sale of each litre of petrol, diesel, kerosene and aviation turbine fuel. Similarly, it adds a surcharge of Rs 56.80 on the sale of each cylinder of cooking gas. NOC has been able to reduce its loans — that carried high interest rates —obtained from Citizen Investment Trust, Employees Provident Fund and other financial institutions from Rs 22.72 billion to Rs 11.24 billion. Now it owes a large chunk of the loan — Rs 12.64 billion at three per cent interest rate — to the government. “NOC should have reduced the surcharge that is added in the market price for interest payment,” opined Jyoti Baniya, chairman of Forum for the Protection of Consumer Right. He further said that NOC has been generating profit without reducing the fuel prices as per the automatic pricing mechanism, which the government enforced from September 29, 2014 to adjust the fuel price in the domestic market as per the international market rates. Baniya blamed the line ministry, Ministry of Commerce and Supplies, for allowing NOC to bend the rules as per its convenience, thereby abusing its authority. NOC has fixed market price of Rs 109 for each litre of petrol, Rs 86.50 for diesel and kerosene and Rs 1,470 for each cylinder of cooking gas.

#Nepal Oil Corporation (NOC) #Indian Oil Corporation #Ministry of Commerce and Supplies #diesel and kerosene #Forum for the Protection of Consumer Right
You May Also like: