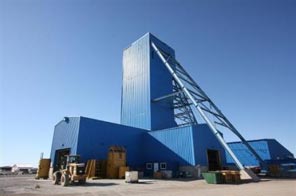 SYDNEY: Anglo-Australian miner Rio Tinto doubled its stake in Canada's Ivanhoe to nearly 20 percent on Wednesday, just weeks after the two companies signed off on a landmark Mongolian copper-gold project.
Rio spent some 388 million US dollars on the new investment, raising its share of ownership by 9.8 percent to 19.7 percent, a statement said.
Rio said it would own 43.1 percent of Ivanhoe if it converted all of its warrants and securities, adding that it had "no present intention" of increasing its stake further.
Ivanhoe and Rio Tinto this month sealed a multi-billion-dollar deal with Mongolia to develop the Oyu Tolgoi mine, one of the world's richest copper deposits.
The project about 80 kilometres (50 miles) from the Chinese border, is expected to produce 450,000 tonnes of copper and 330,000 ounces of gold annually over 35 years.

#Rio Tinto doubles Ivanhoe stake to nearly 20 %
You May Also like: