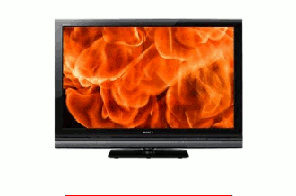 The most striking design feature is the world’s slimmest 40-inch HD display screen, a mere 9.9mm thick. The secret of this remarkable engineering feat is Edge LED technology achieved by using side-mounted LEDs to illuminate the screen instead of the usual backlight array.

BRAVIA ZX1 imbues cool sophistication, whether it is free-standing or mounted on the wall, and thanks to ‘BRAVIA 1080 Wireless’ technology the luxury aesthetics are not obscured by wires or other devices. The innovative system utilises a high-speed wireless connection for real time transmission of HD signals to the ZX1, the company said.

BRAVIA’s image quality is outstanding. What sets it apart is superior advanced image processing technology which guarantees that even the most frenetic image sequences appear effortlessly smooth and crisp. This is due to BRAVIA’s Motionflow 100Hz technology.

#Sony brings slimmest HD LCD TV
You May Also like: