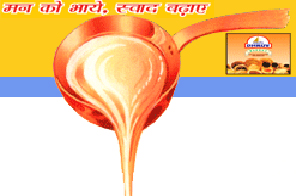 KATHMANDU: Vegetable oil manufacturers in the country are failing to sustain their
industries due to heavy tax imposed and incompetence compared to the neighbouring market.
At a time where there used to be approximately twenty-one industries, only sixteen are in operation. These vanaspati industries were set up mainly to export to India after Nepal and India signed a treaty in 1996.
“We used to export 70 per cent of our products to India at one point of time, but since India has begun to implement a domestic subsidy and zero per cent duty on import we have not been able to counter the competition,” said Manish Kumar Agarwal, first vice-president, Vegetable Ghee Industries.
Due to border trade, the influx of Indian goods is also a factor in the near failure of vegetable ghee/oil industry sector in Nepal. “The duty levied in India is zero per cent while in Nepal we have to pay the government 14 per cent, which is a lot in terms of import as well as export. The domestic market is helping us barely survive,” added Agarwal. “The vegetable ghee/oil industry is in a dire situation. We want the government to cut down the duty which it had at one point of time but now it has increased it by five per cent on soyabean oil, which is the main product being used in the domestic market,” said Sandip Kumar Agarwal, general secretary, Shri Shivshakti Ghyu Udhyog.
The shutting down of even one of these industries could result in 200 people going jobless. “The workers in factories are not the only ones who will bear the brunt, it is also people working in other areas like packaging who will suffer,” added Agarwal.
Both industrialists agreed that the government needs to sustain local industries and products, and to do so it should subsidize rates in the domestic market as well as control rate of duty. The vanaspati industry contributes up to 10 per cent to the gross domestic product (GDP).

#Vanaspati oil #ghee sector on verge of death
You May Also like: