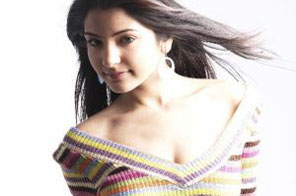 MUMBAI: When Anushka Sharma green-lighted Nikhil Advani’s Patiala House opposite Akshay Kumar, the trade thought she had flown the coop. It was assumed that she was no longer controlled by Aditya Chopra, her mentor.

But reliable trade sources say that Adi still takes an active interest in his protégée’s career.

Both Tarika Singh, who looks after Anushka’s media relations and endorsement work, and John, who looks after her film interests, have been appointed by Yash Raj. Both these managers are reportedly expected to get the approval of Yash Raj (preferably Adi’s) before they say yes to any film.

Anushka has clearly maintained that she is eternally grateful to Adi for launching her in Rab Ne Bana Di Jodi. While she has categorically stated that she is too professional to give away the script of an outside banner to Adi before she approves of it, Anushka is happy that her godfather continues to take an active interest in her career. She has said, “I know if I ever want any career advice, Adi sir will always be there for me.”

Grapevine now has it that after her second assignment for Yash Raj, directed by Parmeet Sethi, the Rab Ne ... girl will be contractually left with one more film for the banner that introduced her to Bollywood. However, she is free to sign any outside film, like in the case of Patiala House, but the project must be approved by Yash Raj.

This is the first time in Bollywood history that a parent company is taking such a keen interest in its ward. There have been past instances of producers who have introduced stars asking for a commission from their discoveries. However, there has not been any instance of a director personally appointing staff for his protegee. And, making sure she makes the right career moves.