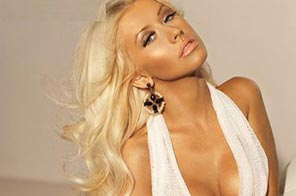 WASHINGTON: Christina Aguilera is reportedly inviting fans to join in her bash New Year bash in Las Vegas - for a price.

The singer will allegedly play the role of the hostess at the 31 December (09) party at Tao Las Vegas.

The star was apparently throwing open the entry for fans with tickets costing 150 dollars.

The tickets to the lavish party purportedly include entry into the club, food and an open bar.

#Aguilera invites fans to join her Las Vegas NY bash
You May Also like: