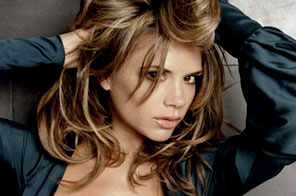 Victoria Beckham has dismissed reports she's hired GOSSIP GIRL star BLAKE LIVELY as the new face of her clothing collection.
The former Spice Girls singer launched her own range of couture dresses last year (08) and she appeared in the line's advertising campaign herself.
Beckham is now on the look out for a fresh young face to promote the range, and she was recently rumoured to have invited 22-year-old Lively to become her new muse.
But the singer-turned-fashion designer is adamant no decisions have been made, with her rep telling celebrity blogger Perez Hilton, "I don't know where this one has come from - other than from Blake being a fan of the Victoria Beckham collection. She is not Victoria's muse and these is no 'face of' the advertising campaign."