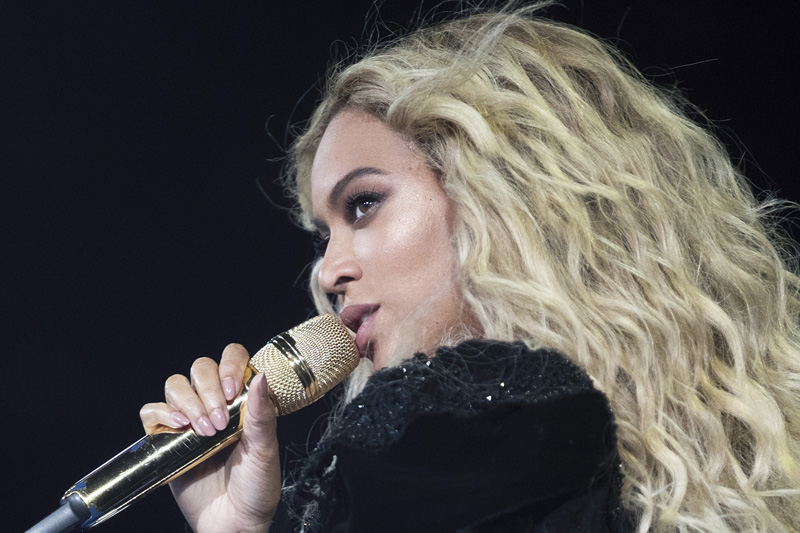 Beyonce performing during the Formation World Tour at Mercedes-Benz Superdome, in New Orleans, on September 24, 20016. Photo: AP/ File
NEW YORK: Beyonce, Blake Shelton, Barbra Streisand and Oprah Winfrey will headline a one-hour telethon to benefit Hurricane Harvey victims that will be simulcast next week on ABC, CBS, NBC, Fox and CMT. The event will be telecast live at 8 pm Eastern on September 12, and on tape delay at 8 pm on the West Coast, and streamed live on Facebook, YouTube and Twitter. Houston rap artist Bun B and Scooter Braun, a Hollywood talent manager and founder of SB Projects, are the organizers. Bun B, a Houston native and lecturer at Rice University, said he was trying to organize a local event through his contacts and recognized that Harvey was a broader tragedy. “One morning it just hit me — this is a national disaster,” he said. “It’s personal for me because it’s home to me, it’s in my city, but it’s a national disaster.” He enlisted the help of Braun, who has worked with Usher, Ariana Grande, Kanye West, Justin Bieber and others, to tap into his Hollywood contacts. Within 48 hours of trying, they reached agreements with the television networks to carry the event. Braun said he hoped the telethon could be a unifying event for a country that has seen so much division. The organizers said they were inspired by television reports of volunteers who formed a human chain to help rescue one Houston victim from the flood. “People want a sense of unity,” Braun said. George Clooney, Drake, Matthew McConaughey, Dennis Quaid, Julia Roberts, Jamie Foxx, Ryan Seacrest, Michael Strahan, Kelly Rowland, George Strait, Reese Witherspoon and others will also participate with taped or live messages or staffing phone banks. Journalists Matt Lauer and Norah O’Donnell will also participate. More celebrities are expected. Several organizations will benefit, including United Way of Greater Houston, Habitat for Humanity, Save the Children, Direct Relief, Feeding Texas and The Mayor’s Fund for Hurricane Harvey Relief. Other entertainment figures have already stepped up to help flood victims in the past week. The ABC networks held a “day of giving” that has raised more than $15 million, and singers Paul Simon and Edie Brickell pledged $1 million. While the telethon will be helping Harvey’s victims, “by Tuesday we might be helping more than them,” Braun said, a reference to powerful Hurricane Irma in the Atlantic Ocean, which may threaten Florida and the southern US this weekend. The telethon will air from Los Angeles, but there will be stages in New York and Nashville, Tennessee. A performance from George Strait’s San Antonio benefit concert for Harvey will also be shown. “The telethon is going to be good,” Braun said. “We’re going to put on a great show. The reason we want people to tune is because we want people to show who we are. That’s our goal — to bring the idea that people care about each other back.”
#Save the Children #Blake Shelton #Beyonce #Habitat for Humanity #Barbra Streisand #Oprah Winfrey #one-hour telethon #Hurricane Harvey victims benifits #United Way of Greater Houston #Direct Relief #Feeding Texas #Mayor’s Fund for Hurricane Harvey Relief.
You May Also like: