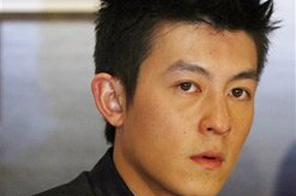 HONG KONG: Actor-singer Edison Chen says widely circulated Internet photos of him having sex with female Hong Kong stars were a youthful indiscretion, speaking at length for the first time on a scandal that shocked the Chinese entertainment world last year.

"When you're young, you do a lot of things you don't quite comprehend. You think it's fun. You do it. You don't really think about the outcome," Chen told CNN's Talk Asia in an interview that aired late Wednesday.

"When you're young and when you're a celebrity, and you have this and that, I think maybe you go overboard a little bit," the 28-year-old Chinese-Canadian said.

Chen said he deleted pictures from his laptop computer of himself with eight female Hong Kong stars but that they were recovered by technicians at a repair shop. A Hong Kong computer tech was sentenced to more than eight months in jail last month for stealing the photos.

Chen said he never showed the pictures to anyone else besides the women who were in them. He said the pictures were all taken with consent.

Chen appeared in the 2002 hit Hong Kong police thriller "Infernal Affairs" and in the 2006 horror movie "The Grudge 2." He also had a cameo in the Hollywood blockbuster "The Dark Knight" released last year.

#Chen calls sex photos youthful indiscretion
You May Also like: