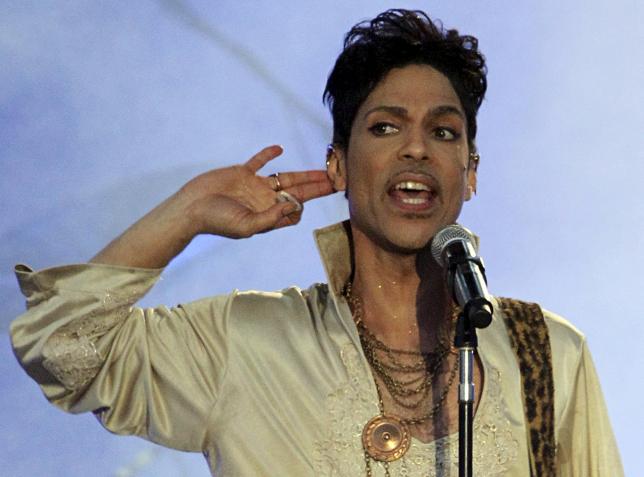 US musician Prince performs at the Hop Farm Festival near Paddock Wood, southern England July 3, 2011. REUTERS
A Minnesota judge appointed a bank on Wednesday to safeguard the estate of the late music legend Prince and scheduled a probate hearing for next week after the performer's sister said he left no known will, court records showed. The musician, whose hits included "Purple Rain" and "When Doves Cry," died at the age of 57 last week at his home in suburban Minneapolis. Full results from an autopsy could take weeks. Acting on a request from the star's sister, Tyka Nelson, a judge in Carver County, Minnesota, named Bremer Trust, National Association as special administrator to handle Prince's estate, which is estimated at hundreds of millions of dollars. Prince's sister asked for the bank to be appointed, saying it dealt with the singer's affairs for years. A probate hearing in the case was scheduled for May 2, according to state court documents and a court spokesman. The Bremer Trust now has the authority to manage and supervise the late music legend's assets and determine the identity of his heirs, the court documents said. Prince, born Prince Rogers Nelson, was married and divorced twice. Nelson on Tuesday listed herself and five half siblings as his heirs.
#Minnesota #Prince
You May Also like: