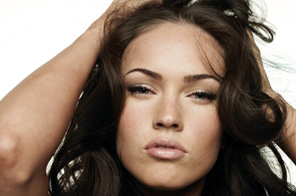 HOLLYWOOD: Transformers actress Megan Fox has declared her determination to speak her mind in interviews, despite criticism of her honesty.

And after remaining unflustered when asked about her open admissions of marijuana use, the actress admitted her frankness in interviews is "something I struggle with".

"I feel have the best intention when I do these interviews and say these things and it's unfortunate that journalists and the press knowingly twist my words," she told a London press conference.

"But I grew up hating bulls**t interviews and images that you know are manufactured and I'm determined not to be like that."

To laughs from the assembled press, Fox said Transformers director Michael Bay is "rough on his actors" and has "this legend of being a tyrant".

She added: "It's a constant chaos, or 'Bayhos' and 'Bayhem' as his crew call it. It's an everyday thing, but it's exciting."

#Fox determined to remain outspoken
You May Also like: