I can never refuse Farah: Asin 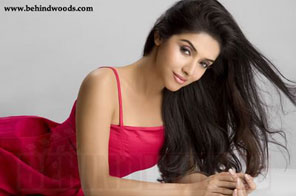 MUMBAI: Southern beauty Asin Thottumkal has slammed rumours suggesting that she refused a role in Farah Khan's next directorial venture "Happy New Year" saying she can never say no to the choreographer-turned-director. "I am extremely upset with this rumour that has obviously been floated by vested interests. I don't understand how such rumours crop up.

"Farah Khan is a close friend of mine there is no way I can refuse her. There was never any discussion over the movie. This news is utter rubbish," Asin clarified in a statement.

Farah, who has earlier made blockbuster films like "Main Hoon Na" and "Om Shanti Om", supported Asin and said: "The rumour is a complete fabrication. I have not even written the script as yet."

Asin will next be seen in her forthcoming release Vipul Shah's "London Dreams", also starring Ajay Devgan and Salman Khan.

#I can never refuse Farah: Asin
You May Also like: