Is Mariah Carey a diva ? 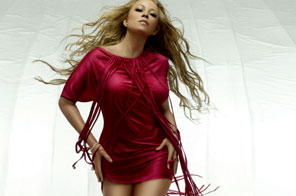 A British TV host says the rumors are true: Mariah Carey is a diva.
Kate Garraway of London's Good Morning Television tells Now! magazine that the singer, 40, made crazy demands when she was recently in the UK to promote her new film Precious on GMTV, according to London's Daily Mail.
Garraway claims that Carey arrived with an entourage to ensure she looked perfect on air -- and even required two people to lower her on to the morning show's sofa to keep from crushing her dress.
"I've heard a lot of rumors about her being a diva over the years and guess what? It turns out it's all true!" she said. "While Mariah was very nice, the amount of people she had in her entourage was hilarious. They outnumbered the entire GMTV crew."
Garraway adds that Carey even "brought her own toilet roll as well. Have you ever heard anything like it?"
A rep for Carey has dismissed Garraway's claims, calling them a "clear, gross exaggeration."
Carey has long been the target of diva rumors.
Just last week, reports surfaced that she insisted on being surrounded by 20 white kittens and 100 white doves for her appearance at a Christmas lighting event in London. She also reportedly demanded to be showered in butterfly-shaped confetti during the end of her performance.
But Carey has claimed most of these reports are overblown.
"I am baffled, shocked and appalled when I am called a diva," she has said. "I've never done a diva-ish thing in my life."

#Is Mariah Carey a diva ?
You May Also like: