Jolie to replace Theron in a new movie 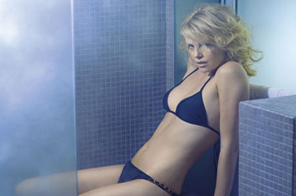 HOLLYWOOD: Actress Charlize Theron has bowed out of the 2010 thriller The Tourist, a remake of the 2005 French film Anthony Zimmer, and may be replaced by Angelina Jolie who is reportedly in talks to replace Theron who has been attached to The Tourist for several months. Although Charlize Theron and Spyglass Entertainment couldn't be reached for comment over the departure of Theron from The Tourist, Hollywood Reporter reveals that Angelina Jolie may take over the role of an American tourist working undercover for Interpol to catch a criminal who was a former lover of the tourist.
As HR elaborates, the Tourist exit of Charlize Theron comes after the departure of director Bharat Nalluri who also vacated The Tourist, which is now left without a director. Since it was announced, The Tourist has also seen Tom Cruise exit the male lead role of The Tourist only to be replaced by actor Sam Worthing who will soon be seen in Avatar.

#Jolie to replace Theron in a new movie
You May Also like: