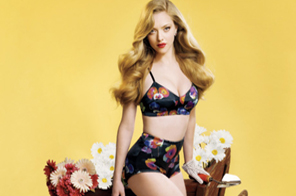 LONDON: Amanda Seyfried keeps all the romantic notes her former boyfriends used to send her because she thinks it is lucky.

The 'Dear John' actress - who is currently dating her 'Mamma Mia!' co-star Dominic Cooper - used to exchange notes with a former boyfriend and says she still holds on to them as they help to inspire her.

Amanda - whose character Savannah Curtis in 'Dear John' stays in touch with her soldier boyfriend by post - said: "The last time I wrote a letter was at Christmas, in my childhood bedroom, as a response to a letter I had received. And it was the most beautiful letter I had ever written.

"But me and my previous boyfriend used to write each other love notes from time to time even though we lived close by and it was nice. I keep them for good luck and something to inspire me."

Amanda - who co-stars with Channing Tatum in the film - shot the movie in Charleston, South Carolina, and she is now keen to buy a property there and renovate it.

She told BANG Showbiz: "I loved being in Charleston - it's so beautiful and the people are amazing. I want to buy a house there and there's actually a property I've seen, which I want to buy and fix up. It's a dream life down there."