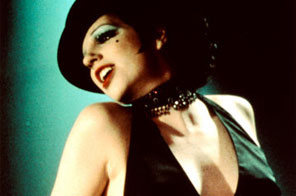 LONDON: Veteran entertainer Liza Minnelli is set to undergo knee replacement surgery in New York this week (begs11Jan10).
A representative for the singer/actress reveals Minnelli has cancelled plans to attend the Grammy Awards in Los Angeles on 31 January (10) because she will still be recovering from the operation.
But the spokesperson insists the surgery is routine and is a result of years of dancing.
The rep tells People.com, "Minnelli, who has been dancing on stage since she was a teenager, is 63. She is expected to make a full recovery."
Minnelli is nominated in the Best Traditional Pop Vocal Album category for Liza's at the Palace, a recording of her hit Broadway stint.
A week after the New York production debuted in 2008, the exhausted star was forced to scrap a handful of dates after doctors ordered her to rest due to poor health.

#Minnelli to skip Grammys for knee surgery
You May Also like: