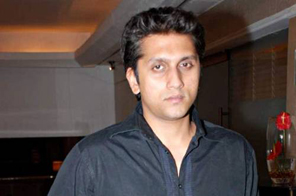 MUMBAI: A Bollywood director said he wants to make a film based on alleged racist attacks on Indian students in Australia, despite an unofficial boycott of the country by his movie colleagues.

"I have a script in my mind and hopefully by the end of the year we will go and shoot the film in Australia," said film maker Mohit Suri.

"The film is inspired by a friend's personal experience who has seen all these things. I want to show people what instigates all these attacks."

Activists say there have been about 70 racially-motivated attacks on Indian students in the southern city of Melbourne this year, leading to protests, increased community tensions and strained diplomatic ties.

There are some 95,000 Indians studying in Australia after a university publicity blitz targeting the huge Asian country's growing middle class.

Two Bollywood movies -- including one by Bollywood's largest producer, Yash Raj Films -- were to be shot in Australia this month.

But a number of Bollywood actors and directors have accused the Australian government of not doing enough to prevent the attacks.

Megastar Amitabh Bachchan rejected an honorary degree from Brisbane University, telling the authorities that it would be "inappropriate at this juncture to accept this decoration".

Other industry figures said they would refuse to shoot in Australia, including "Heyy Babyy" director Sajid Khan, while the largest Bollywood union has called on its members to cancel shoots planned in Australia in protest.

But Mohit said: "I only feel boycotting a country is no solution. Moreover my film is based on the subject of Indians being attacked in Australia so obviously my film has to be shot in Australia."

The film is in the scripting stage and has not been cast, he said.

#Mohit Suri plans film on Australia 'racist attacks'
You May Also like: