KATHMANDU: Nepal's favourite superstar Rajesh Hamal is as active on social media as he is in real life. In his Instagram post on May 29, the 55-year-old Mahanayak looks handsome in his double denim avatar. 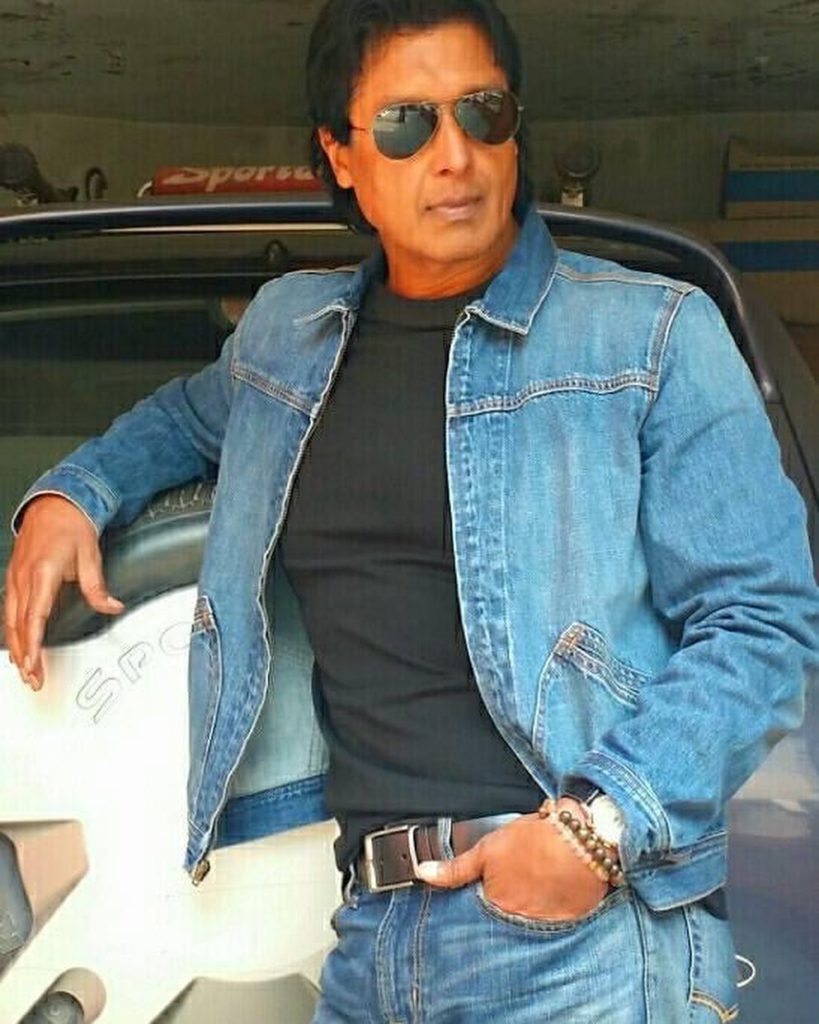 Photo Courtesy: Rajesh Hamal/Instagram
He does not seem to age at all as he poses in style in front a vehicle and has captioned this stylish post: “Let’s flow...Avoid being stagnant.” Hamal constantly shares videos and photos where he is seen flexing his muscles. He has also shown that he can do a perfect headstand. In a one-minute video that he posted recently on Instagram, Hamal stretches a bit before slowly executing the headstand, and holds that position for more than 10 seconds. “Life is all about Balance..never lose it!” he has captioned the video. The Basanti actor always has short and beautiful messages to share with his fans along with the photos and videos he posts. He asks his fans to look after themselves, stay safe, become a strong person, and talks about life in general. He has been sharing glimpses of his life on his social media accounts. From sipping tea/coffee in silence, moments from his sixth-year wedding anniversary to wife Madhu, having breakfast to his thoughts on the issue of Limpiyadhura and Lipulekh, he regularly engages with his fans on social media. Check out his headstand video here: https://www.instagram.com/p/CApKcvLjtek/
#Rajesh Hamal #Mahanayak Rajesh Hamal
You May Also like: