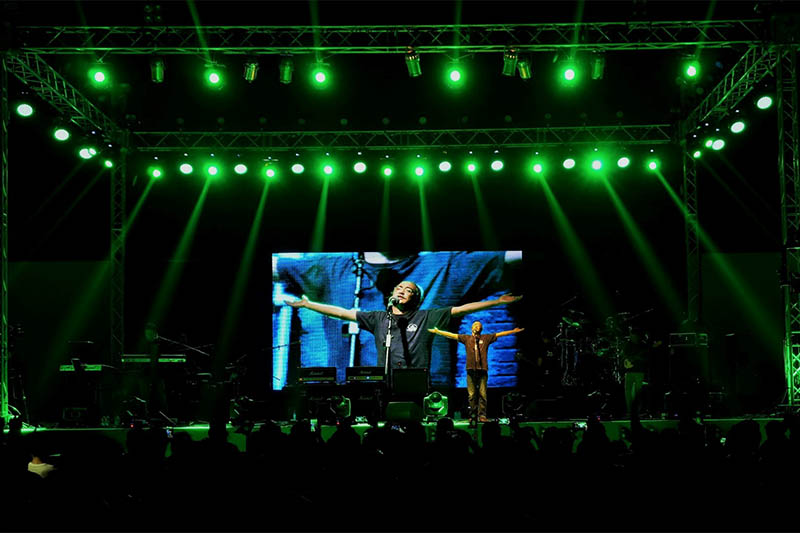 Nepathya performing at a live concert in Doha, on Monday, August 12, 2019. Courtesy: Nepathya

KATHMANDU: Nepal's popular folk-rock band, Nepathya, captivated the audience on the occasion of 'Eid al-Adha' at the 'Asian Town Amphitheatre' in Doha, on Monday.

Before starting the concert, the band's lead singer Amrit Gurung gazed at the stars and said, "When the moon rotates in its axis, the twelveth day would signal the start of Muslim festival Eid al-Adha. After three days, the moon gets its full shape and the Hindus celebrate Janai Purnima."

The band kicked off the much-awaited show with the popular song 'Bheda ko un jasto' to entertain the housefull audience in the desert heat. As the show went on, the band performed their evergreen hit songs 'Chhekyo Chhekyo', 'Sirfula Siramai', 'Lampate Surati', among others.

As usual, Amrit Gurung was accompainied on stage by Dhruba Lama on drums, Suraj Thapa on keyboards, Niraj Gurung on guitars, Subin Shakya on bass guitar and Shanti Raimanhi on madal.