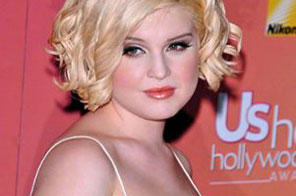 LONDON: Kelly Osbourne has dashed to the doctor after learning one of the professionals on U.S. TV show dancing with the stars has been hit with what doctors fear is swine flu.
Derek Hough isn't Osbourne's partner on the hit show - but the former pop star doesn't want to take any chances.
She says, "Derek is sick... It hit him really hard. He had to go for an IV because he got dehydrated… I think it just really threw him. He didn’t expect it.
"(My partner) Louis (van Amstel) and I are both very clean people so I’ve never worried that he was going to get sick and he’s never worried that I was going to get sick, but we’ve been going to get B12 shots and stuff, so hopefully we’ll be fine. Fingers crossed."
As WENN went to press, Osbourne was preparing to show off her paso doble on Monday night's (19Oct09) show.
The star will be dancing to dad Ozzy's Crazy Train hit.
She adds, "They did my hair exactly the same as my dad’s in the music video."

#Osbourne's health fears as dancer falls ill with flu
You May Also like: