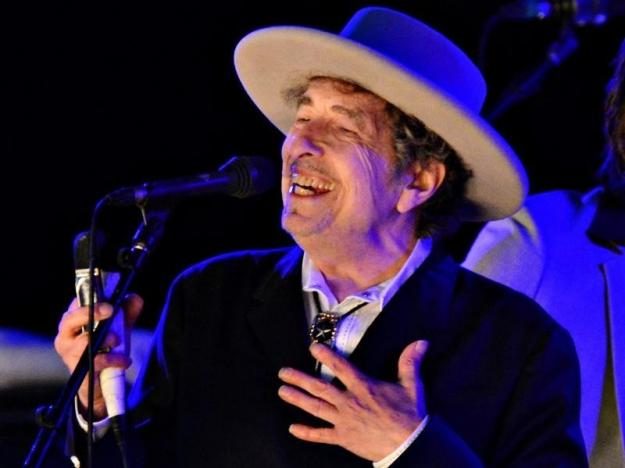 US musician Bob Dylan performs during on day 2 of The Hop Festival in Paddock Wood, Kent on June 30th 2012. REUTERS

STOCKHOLM: The committee that awarded the Nobel Prize in Literature to Bob Dylan said on Saturday it was up to the American singer-songwriter whether to attend the prize-giving ceremony later this year or not.

The notoriously media-shy Dylan has not yet made any comment on the 8 million crown ($900,000) prize, despite repeated attempts by award-givers the Swedish Academy to contact him since it named him as the winner on Oct. 13.

On Saturday, Swedish media reported that Academy member Per Wastberg had said that if Dylan remained silent, it would be "rude and arrogant".

The Academy, however said Wastberg's comments did not reflect their view.

"The author awarded the Noble Prize makes up his or her own mind regarding the ceremonies involved in the presentation of the prize," Sara Danius, Permanent Secretary of the Academy, said in a statement.

"The Swedish Academy has never held a view on a prize winners decision in this context, neither will it now, regardless of the decision reached."

The Academy gave 75-year-old Dylan the prize for "having created new poetic expressions within the great American song tradition". It was a controversial choice.

Dylan revolutionized American popular song with numbers such as "Blowin' in the Wind", "The Times They Are A-Changin'", "Subterranean Homesick Blues" and "Like a Rolling Stone." Yet some have questioned whether his work qualifies as literature. Others have complained that the Swedish Academy missed an opportunity to bring attention to lesser-known artists.

The award ceremony takes place each year on Dec. 10, the anniversary of Alfred Nobel's death, when the King of Sweden hands each laureate a diploma and a medal, followed by a lavish banquet at Stockholm's City Hall for about 1,300 people.

If Dylan maintains his silence, he would be the first to simply ignore the Academy's decision.

Some Nobel laureates have been too ill to travel to the ceremony. French writer Jean-Paul Satre refused the 1964 prize. The Academy said his refusal did not affect the validity of the award, but they would not be able to give it to him.

#Nobel Prize #Bob Dylan #Swedish Academy
You May Also like: