More than 200 held for Holi hooliganism 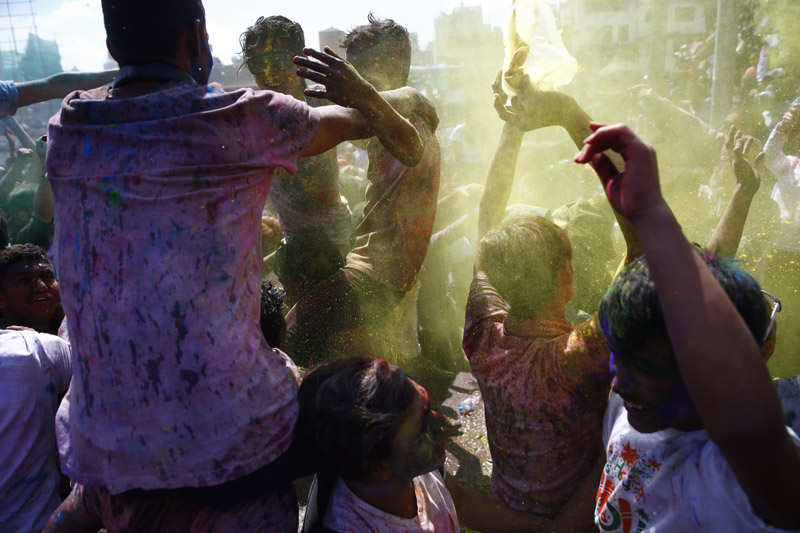 People are seen dancing while celebrating Holi in Kathmandu, on Sunday, March 12, 2017. Photo: Skanda Gautam
KATHMANDU: As many as 213 people were arrested on charge of hooliganism during the Holi celebrations from various places of the Kathmandu Valley on Tuesday, the Rastriya Samachar Samiti reported. Security personnel detained those who were involved in unruly activities, according to SP Pradhumna Kumar Karki at the Nepal Police's Metropolitan Police Range, Kathmandu.
#Kathmandu Valley #hooliganism #Holi #SP Pradhumna Kumar Karki
You May Also like: