Bhattarai announces his support to demands of Tarai protesters 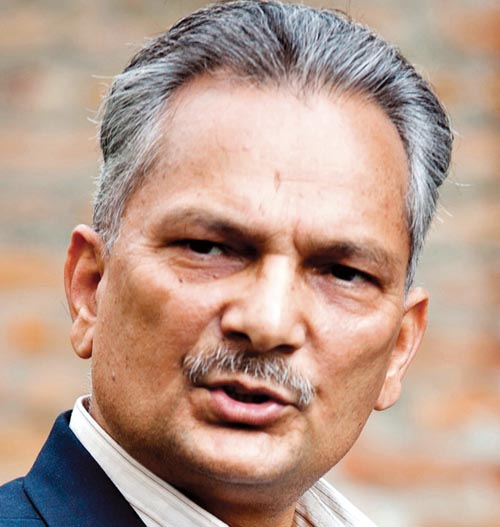 Baburam Bhattarai. Photo: THT Online/File
KATHMANDU: UCPN-Maoist senior leader Baburam Bhattarai, on Thursday, expressed his support to the protests carried out by various Madhes-based political forces including the United Democratic Madhesi Front (UMDF). “As most demands of protesters are similar to the note of dissents formally registered by the UCPN-Maoist in the Constituent Assembly,” Bhattarai said in a press statement today, “I express my support and solidarity to the demands.” “The hills and mountains cannot sleep well while the Tarai-Madhes, which houses half of the population, is burning,” read the statement. He also urged both the government and protesting parties to begin the talks at the earliest. The government should take initiatives to ease the tension caused by Madhesi parties’ protests over the new Constitution, he demanded. Reiterating that the use of force can never solve political protests, he also called the government to stop suppression. He assured the protesting parties that the Constitution can be amended and asked them to solve the unrest through talks. Meanwhile, the former Prime Minister said India should not be dragged into controversy over the Tarai unrest and the southern neighbour’s view on the new Constitution.
#Baburam Bhattarai #Tarai protests #Nepal's constitution #Nepal's new constitution
You May Also like: