Bid to save NCP unity on

General Secretary of the ruling Nepal Communist Party (NCP) Bishnu Prasad Paudel, who is close to Prime Minister KP Sharma Oli, today met party Co-chair Pushpa Kamal Dahal and urged him to withdraw his proposal that he had presented in the Secretariat meeting last week. 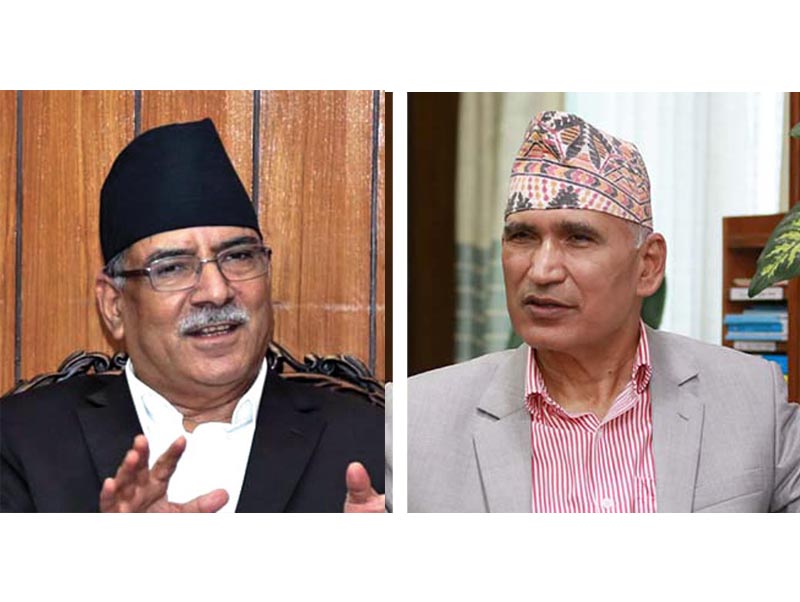 In the 19-page document, Dahal had accused Oli of defying power sharing deal with him, ignoring party rules and decisions, and failing to run the party and the government.

“Paudel told Dahal to withdraw his proposal and seek resolution of issues on the basis of consensus,” a source close to Paudel told THT. In the Secretariat meeting held on Wednesday, Oli countered the allegations made against him by Dahal and majority members of the party Secretariat and sought 10 days to pen his rebuttal.

Later, deputy parliamentary party leader of the party Subas Chandra Nembang also met Dahal and told him that the best course of action for the party was to abide by the recent decisions of the party’s Standing Committee. Recently, the Standing Committee had decided that Oli would complete five-year term as PM and Dahal would act as the executive chairperson of the party as proposed by the six-member task force, ending the intra-party feud that had threatened party unity.

Nembang, who is a close confidant of the PM, told THT that the Standing Committee’s decisions were the outcome of the consensus within the party and they should be abided by all to settle rift between Oli and Dahal factions of the party. Dahal told Nembang that he was also in favour of maintaining party unity and his proposal would not affect the unity.

However, a war of words has heated up between the two leaders.

Asked if Oli would refute the allegations made in Dahal’s proposal, Nembang said Dahal’s document was leaked to the media and since everybody knew about his allegations, the PM would be under pressure to put forth his version on the issues raised by Dahal.

The next Secretariat meeting of the party will be held on November 28, while the Standing Committee and the Central Committee meetings have been scheduled for December 3 and December 10, respectively.