Joint-speaker at the Office of the President Keshav Prasad Ghimire told THT Online that the CJ submitted his resignation to the Prez during their meeting today at the latter's official residence, Sheetal Niwas.

The Office of the President has said in a statement that the Chief Justice has resigned as per Section 131 (a) of the Constitution, to be effective from March 15, 2018. 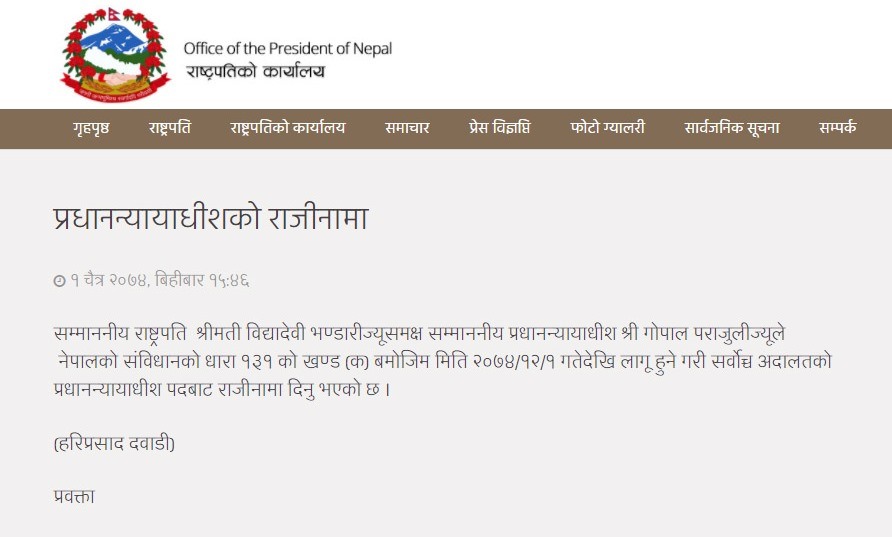 The recent development unfolded in the wake of the letter forwarded by Judicial Council to the Office of the President, among others, on Wednesday, stating that Parajuli had been relived of his responsibilities.

According to the details of the letter signed by JC Secretary Nrip Dhwaj Niraula, Parajuli was informed about his retirement on grounds of him exceeding his retirement age of 65 years on August 5, 2017.

“As per the details of your citizenship certificate, academic qualification, sheet-roll details and a letter dispatched today by the Office of the Controller of Examinations, Bhaktapur, you had reached retirement age on August 5, 2017,” the letter read.