KATHMANDU: Defense Minister Ishwar Pokhrel will take care of the administrative duties of the Prime Minister during PM KP Sharma Oli's state visit to India. A statement issued by the Office of the President stated that the President has appointed Pokhrel to officiate as the Acting Prime Minister as per the Constitution of Nepal. 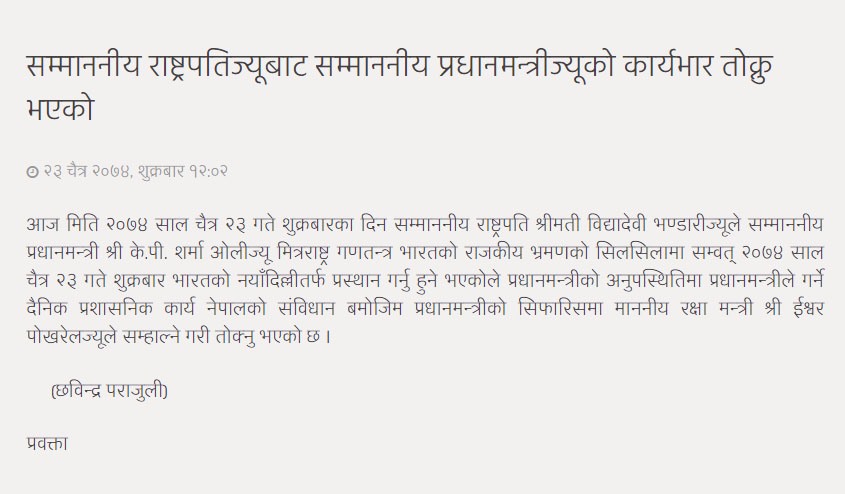 PM Oli has left for the Indian capital of New Delhi on Friday morning, where he was received by Indian Home Minister Rajnath Singh. Oli will return on Sunday. READ ALSO:

#defense minister #Ishwar Pokhrel #Acting PM
You May Also like: