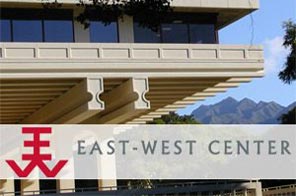 HONOLULU: Officials from the East-West Centre (EWC), an education and research centre established by US Congress on 1960, is planning to visit Kathmandu from September 12-15. The main objective of the visit is to meet the students who are eager to learn more about the EWC scholarship opportunities as well as to reach out to EWC alumni and local media in anticipation of the Centre’s 50th anniversary in 2010.

EWC was established by the US Congress in 1960 with the objectives of strengthening and increasing understanding among the people and nations of Asia, the Pacific and the United States through cooperative education, research and dialogue. The headquarter of EWC is situated in Honolulu, Hawaii. EWC is credited with providing educational scholarships, conducting policy relevant research and hosting professional exchanges focused on key issues in the Asia Pacific region.

Director of External Affairs of EWC Karen Knudsen, who is also a member of the team which is visiting South Asia, said “EWC is proud to count many Nepali civic, business and academic leaders among its alumni since the centre was founded nearly 50 years ago.” He also expected that this visit will be roping all the countries including students who are part of the EWC community in South Asia.

More than 600 scholars, research specialists, graduate students and professionals in government, business, journalism and arts from Bangladesh have participated in its cooperative programmes after its establishment. EWC had organised a workshop ‘Urban Asia Seminar Series- Challenges of Transition and Governance’ in Kathmandu on urbanisation issues, as part of its interdisciplinary. The workshop was attended by mayors from Kathmandu metropolitan city, Lalitpur sub-metropolitan city, Bhaktapur municipality, Kirtipur municipality, and Thimi municipality; high-level leaders and representatives from key national government departments; and education, private sectors, international and local NGOs, and international aid agencies.

#EWC team to visit Nepal
You May Also like: