Action against Hotel Yak & Yeti for failing to clear taxes 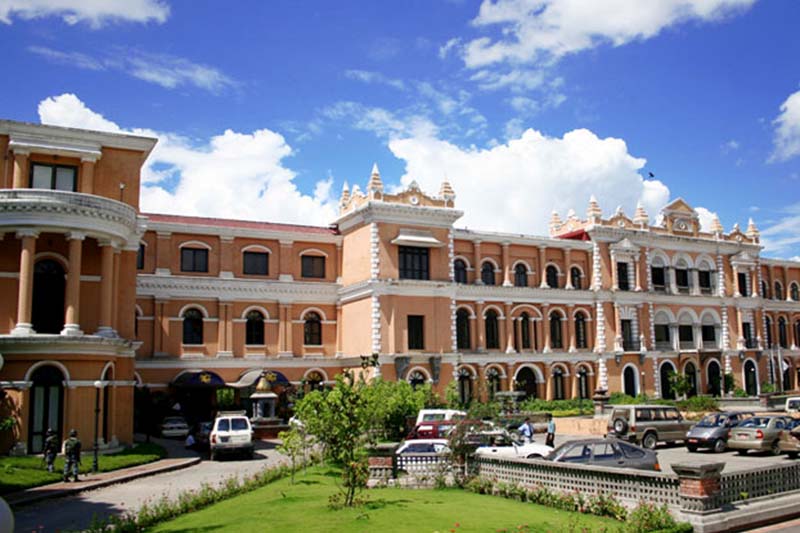 Photo Courtesy: Hotel Yak & Yeti
KATHMANDU: The Kathmandu Metropolitan City would take action against the Durbarmarg-based Hotel Yak & Yeti after it turned a deaf ear to the KMC's request to pay rent and land taxes. According to the KMC, it was going to start the process to take action against the Hotel for not paying the overdue taxes even after other star hotels had already come under the tax net. The KMC Revenue Division Chief Dhurba Kafle warned of stopping all services and facilities provided to the Hotel in the first phase as per the Clause 165.2 of the Local Self-Governance Act, 1999 In the second phase, the hotel administration and account section would be padlocked and in the third, power supply and drinking water facility would be cut down if the Hotel continued to deny paying the tax, he warned. According to the KMC, although the Hotel had submitted fake tax details earlier. The taxes are overdue for last 20 years from the Hotel, added KMC. It, however, had paid Rs 1 million to the local government one year ago. The Hotel has to pay around Rs 1-1.2 million tax annually. Kafle said that other star hotels paid around Rs 70 million tax in the fiscal year 2015/16. A total of 13 star hotels are in operation in Kathmandu.
#Kathmandu Metropolitan City #Durbarmarg #tax payment #five-star hotels #star hotels #Hotel Yak & Yeti #Local Self Governance Act
You May Also like: