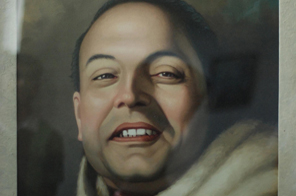 KATHMANDU: The nation is observing the 101st birthday of one of the nation’s most noted litterateur Mahakabi Laxmi Prasad Devkota for his outstanding and invaluable contribution to Nepali literature with different programmes on Saturday.

Devkota who was born on November 12, 1909 has been always respected as the one of the famous litterateurs of the century. Though he spent his life in poverty, he enriched the nation with his contributions in the field of Nepali literature. His outstanding novels include Muna Madan, Shakuntal, Kunjini, Champa, Gulzar, Maharana Pratap and Lakshmi Nibandha Sangraha to name a few. He was also appointed Minister for Education in 2013 BS. He passed away on September 14, 1959 after he lost his battle with cancer.

Meanwhile a book written by Devkota 'Nagarik Shastra' has been released amidst a programme in the capital on Saturday. Speaking at the programme Dwarika Nath Upadhyay, the litterateur said that the research on the book unveiled that the book was written by Devkota on 2008 BS. The book contains 150 pages and it has covered the political and literary issues of the country. Parhamani Bhattarai who is also the editor of the book termed the book as a 'Collection of Great Essays'.