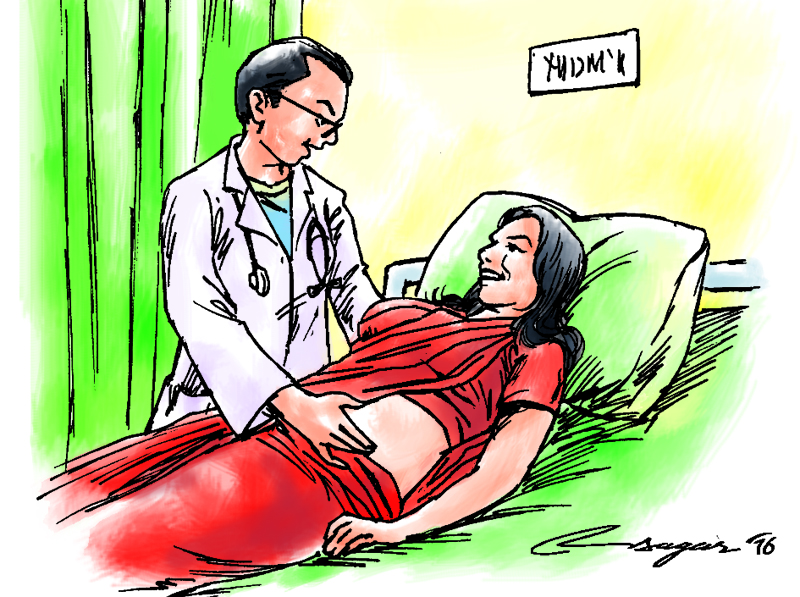 In his first address to the Parliament, Prime Minister Pushpa Kamal Dahal had said that he was in favour of expanding the Out-patient Department service from 10:00 am to 5:00 pm in government hospitals.

Government hospitals doctors, however, said it would be very difficult to enforce the rule as many doctors disappear during duty hours to run private clinics. Bir Hospital, a major referral health centre, is an example of how doctors play truant.

The hospital administration had provided 100 per cent allowance of salary to all staffers to encourage them to remain in their chambers during duty hours.

It provided additional 50 per cent to doctors involved in academic activities of the National Academy of Medical Sciences and 250 per cent allowances to anesthesiologists. But these incentives failed to tempt doctors to work full hours at the hospital.

As the incentives failed to keep the doctors at the hospital, the hospital administration called a meeting of the departments and unit heads and told them to ensure that doctors do not to run private clinics during duty hours. That again did not make any difference.

Some doctors started coming hospital early to register their attendance and enter only in the evening to show that they were loyal to their duties.

According to Director Basnet, the hospital administration will take departmental action if any doctor or his team is found absent during duty hours.

Patients can registered their complaints if they do not find doctors in the hospital during duty hours.