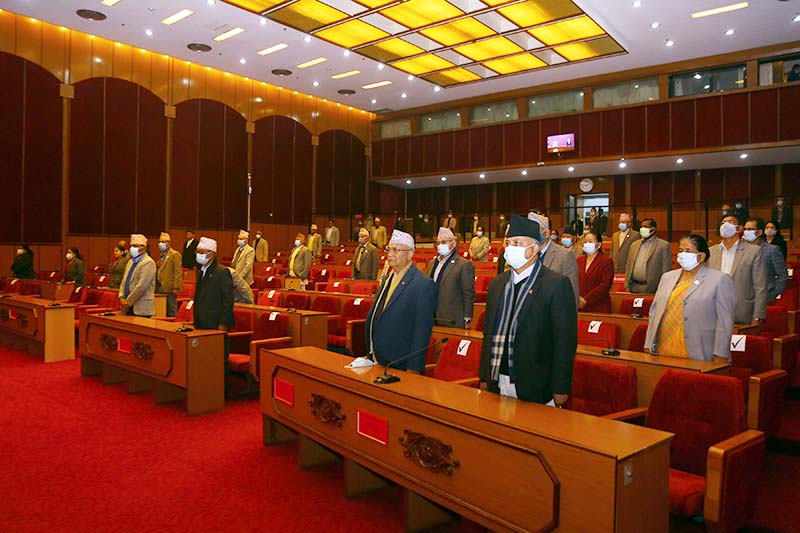 The government had called the winter session of the Upper House on January 1, 11 days after dissolving the Lower House.

The Upper House was prorogued only after four meetings.

Oli called an urgent Cabinet meeting today and decided to recommend to the president to end the NA session.

The PM took special time to respond to lawmakers’ queries today before the session of the NA was prorogued.

NA lawmakers loyal to Pushpa Kamal Dahal and Madhav Kumar Nepal from Nepal Communist Party (NCP) boycotted the PM’s speech in the Upper House. Spokesperson for NCP (Dahal-Nepal) Narayan Kaji Shrestha, who is also a member of the NA, said lawmakers associated with his party boycotted the PM’s speech to protest against ‘undemocratic, unconstitutional, and autocratic dissolution’ of the HoR by the PM. Shrestha condemned the proroguing of the NA session, saying the NA session was the only place after the HoR was dissolved to raise voice on behalf of the people, but the government had shut that door as well.