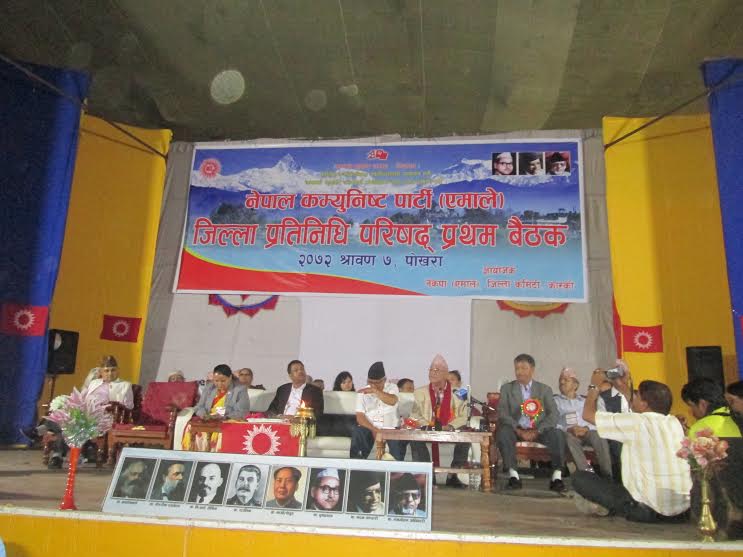 POKHARA: CPN-UML Chairman KP Sharma Oli claimed that the feedback made by general public on the preliminary draft of the constitution would be incorporated in the constitution.

He made the statement while addressing the party's first meeting of the District Delegates Council in Pokhara of Kaski district on Thursday.

"Political parties collected the suggestions to provide the people an all-acceptable federal democratic constitution," he said, adding, "The draft constitution will be amended on the basis of suggestions made by the people."

He opined that the constitution drafting process would be obstructed if the task of naming and delineating the federal states moved ahead at the moment.

Though the first Constitution Assembly failed to promulgate the much-anticipated constitution, the second CA would issue the statute by hook or crook, he said.

Stating that the country would move ahead towards the path of development and the government would be engaged in the reconstruction of infrastructure damaged by the April 25 earthquake and its frequent aftershocks, he said that it would not take many years to change the face of the country.