Over 1.6 million doses of Moderna vaccine arrive in Nepal

Rani Pokhari reconstruction halted; to be restored to Malla-era design

Rani Pokhari reconstruction halted; to be restored to Malla-era design

KATHMANDU: The concerned authorities have decided to reconstruct  Rani Pokhari as per the architectural design prevalent during the reign of King Pratap Malla.

A joint meeting held by the National Reconstruction Authority and Department of Archaeology, under the chairmanship of Kathmandu Mayor Bidya Sundar Shakya, has decided to carry out the reconstruction as per the original structure from Malla-era.

Speaking to THT Online, Mayor Shakya said, “We decided to carry out the reconstruction work as per the design before Gorkha earthquake using the same technology and method used in medieval period.”

An 11-member committee has been formed under the leadership of former Director General of the Department of Archaeology Bishnu Raj Karki. A three-member advisory committee has also been included in the main committee that comprises of Minister for Defence Bhimsen Das Pradhan, former Mayor Keshav Sthapit and Bibeksheel Sajha Party leader Ranju Darshana. 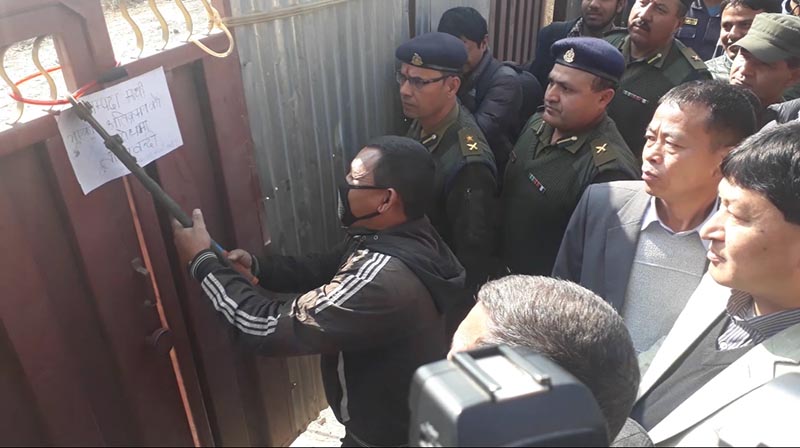 A man breaking the padlock at the gate to Rani Pokhari in the presence of Kathmandu Metropolitan City Mayor Bidya Sundar Shakya, in Kathmandu, on Tuesday, December 26, 2017. Photo: THT 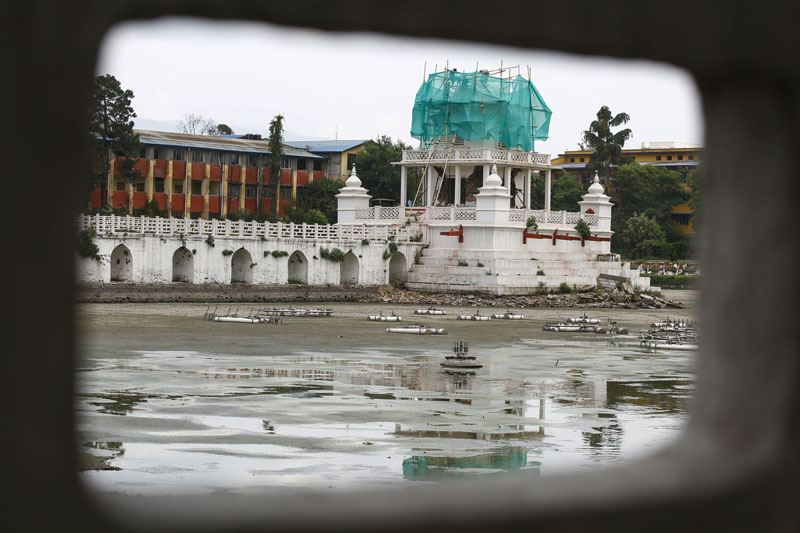 Nepali workers rebuild Rani Pokhari that was damaged after 2015 earthquake in Kathmandu, Nepal on Thursday, May 26, 2016. Photo: Skanda Gautam

“It was only the Bal Gopaleshwor Temple that was destroyed in the 2015 earthquake not the whole Rani Pokhari.  Concreting the heritage site would make it look like a big tank or a swimming pool depreciating its cultural and archaeological value.”

Tuladhar further stated that the authorities should learn from other heritage sites like Siddha Pokhari and plan accordingly. “They should consult the experts. There are plenty in Nepal and they should work with the locals using traditional technology for the same." "Well, I still do not understand why the KMC has fenced the area. Even the general public have the right to know how the concerned bodies are constructing Rani Pokhari and how the work is proceeding.”

Meanwhile, the DoA had claimed that the works being carried out was against the blueprint approved by the Department. On January 5 last year, the Archaeology Department had issued a letter to the Kathmandu Metropolis asking them to remove the food stall, amphitheatre, pavilion and pump house from the blue print.

Rani Pokhari reconstruction started grabbing attention after the locals and conservationists started protesting against the construction of the heritage site using concrete and modern materials. The experts feared that use of modern technology would destroy the rich legacy of the Valley civilisation.