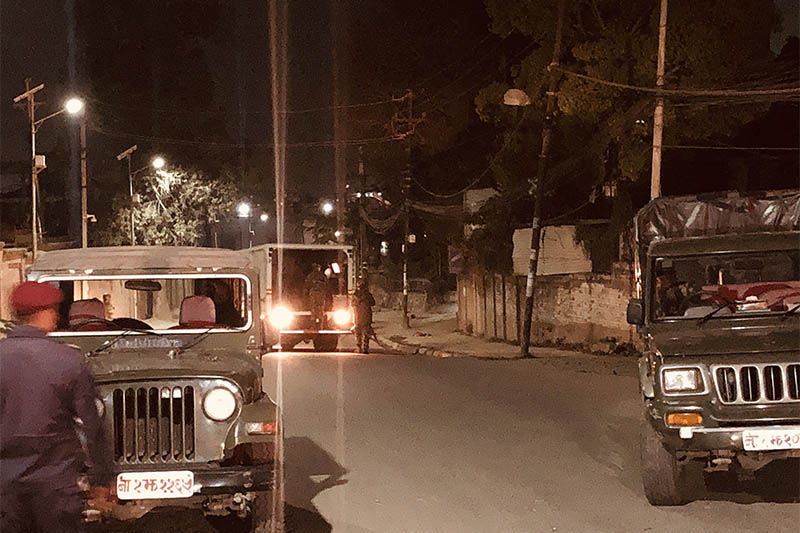 KATHMANDU: A suspicious black bag containing a pressure cooker was found in Anamnagar late this evening.

Alarmed passersby then informed the Metropolitan Police Circle, Singha Durbar, of the suspicious bag lying about in the street.

Bomb Disposal Unit personnel from Nepal Army reached the spot and 'took care of' the situation.

According to Deputy Superintendent of Police (DSP) Kaji Raj Acharya, the bag did not contain any explosives. He further said the bag was left in the area by some miscreants probably in a bid to terrorise people.

The incident raised an alarm majorly because it followed the government's recent call to ban a party labeling it a criminal outfit for its recent string of 'destructive' activities.

Following a series of explosions that took place at Ncell towers and other public places across the country, the government declared a ban on the Communist Party of Nepal led by Netra Bikram Chand.

Chand-led NCP, in protest of the government decision to ban its activities, has called for a Nepal banda (general strike/shutdown) tomorrow.