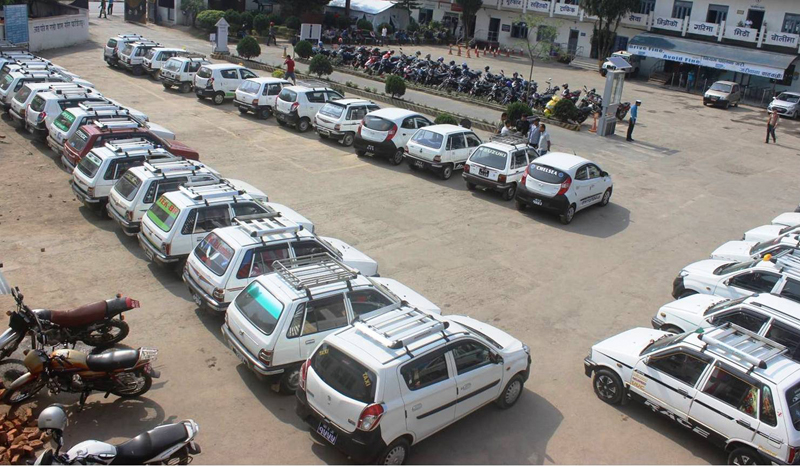 FILE: Taxis impounded for not complying with existing laws, as pictured in Kathmandu, on Wednesday, April 20, 2016. Photo: RSS
KATHMANDU: As many as 46 cabbies have faced the music today as traffic police intensified checking to bring the errant cabbies under the law in Kathmandu Valley of late. The Metropolitan Traffic Police Divison (MTPD) said cabbies refraining from operating in metre and using tampered metre have been taken under control from various locations on Thursday. Likewise, MTPD has appealed to the general public to register their complaint by dialling the hotline number 103 if the cabbies charge them an exorbitant fare or decline to take service seekers to their destinations. Besides that, the complaints can be sent via SMS in 985129510, a message at MTPD facebook page and tweet @valleytraffic, MTPD said.
#Traffic police #Metropolitan Traffic Police Division
You May Also like: